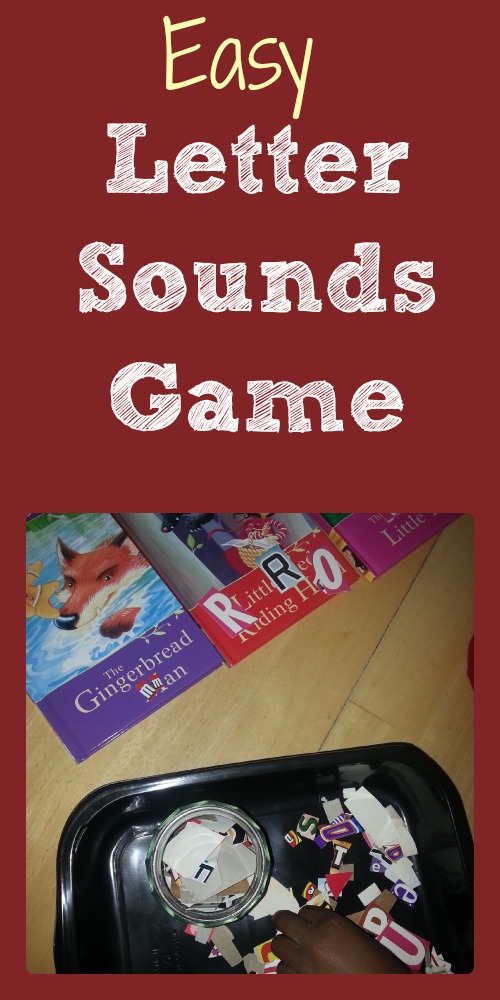 We have a jar of letters. It’s really handy for alphabet activities like letter recognition and letter sound games. You should have one too. It’s really easy to make.

One rainy day we emptied the recycling bag and started cutting up letters. We were inspired by a Pinterest Pin.

Sitting around the table, all three boys were busy cutting out large and small letters and having conversations. We didn’t have to be competitive. No one would win or be better so for a change we could just enjoy having our hands do something while we chatted about this and that. There was lots of concentration especially getting the smaller script based fonts cut out clearly.  They were busy reading the packaging and remembering the food or thing that used to live inside. We made up wild stories that lasted a few sentences before it fell into that senseless make believe world where nothing makes sense anymore to me but they are laughing and carrying on.

I sat with them for a while with my big scissors and it was really something. I’m glad I did. Pausing and working with the kids. Now they can do this more by themselves and regularly get out the jar to add new letters they like to the jar. 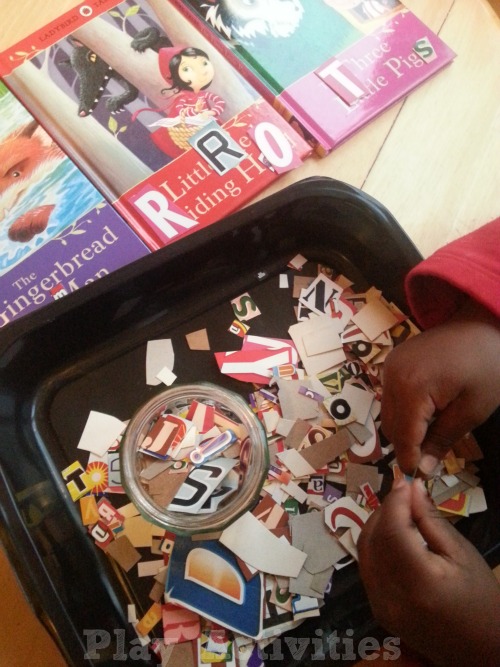 Not only is is great for scissor work and hand strength but the information is interesting and naturally leads to conversation.

The LO is fascinated with traditional tales and I’ve tried to keep it light and not too scary after the interview with Sally Haughey of Fairydust Teaching where she outlined good traditional tales to use with under 5 children. With three books to choose and the letters out, a lovely alphabet letter sounds game followed.

The LO spent a lot of time switching different letters and swapping out big and little letters. I could ask from across the room- What letter sound is that? and he’d attempt it or I’d be called over when he’d completed a word of matching to hear his letter sounds.

He’s had plenty of time with letter sounds before so this wasn’t a new idea. Letter sound activities don’t need to be boring and these were pretty active. Not just because he’d drop them on the floor or shower them like rain or tip them upside down or took the letters for a spin around the tray. But he could move the letters around as they weren’t on a worksheet.

The jar sits proudly on the window sil in the kitchen next to our dinner bell. Each child finds a new and unique to them use of the pile of letters. A wonderful calming activity with the possibility of time together. Once you set up situations and go to areas in your home the children use them better themselves.

So now it’s your turn, what activities of calm do you have planned this week? or what letter sound activities  do you use?

Leave your answer in the comments.