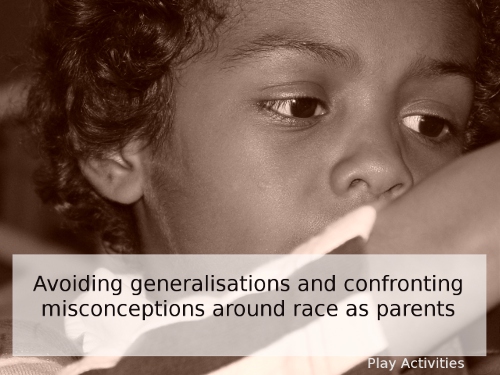 No matter where we live we must as parents prepare our children for living in a diverse world. If you live in a diverse place conversations maybe easier to start but the majority of us live and move in circles where this is just not true.

We may argue that we see diversity in our media especially in children’s programming they see it and we don’t need to explicitly raise it. Vittrup did an interesting study on this that was reported in Nurtureshock and Newsweek. It cautions our use of “Everyone is equal” as a too general for children to understand about race. We do need to be more explicit about race; however charged the topic maybe.

We all want our children to be unintimidated by differences and have the social skills to integrate in a diverse world. The question is, do we make it worse or do we make it better, by calling attention to race?

Young children (e.g., preschoolers) see skin color differences as well, but they do not yet attribute the meaning to race and skin color as adults do. To them it is simply a physical characteristic they are noticing. When they are young, children learn which differences are important in categorizing people and which aren’t…….

So around the ages of 3-5 children develop racial awareness where they are able to recognize racial differences, label the differences, and categorize themselves within a racial group……

After they develop awareness, they develop “racial orientation,” which is when the first positive and negative attitudes about racial groups show up. These are sometimes referred to as “embryonic racial attitudes” and they generally become present around the ages of 3-6. These two phases form the foundations of later racial attitude development……..

Many parents are under the assumption–naïve as it may be–that by not talking about race, children will grow up to be colorblind. Unfortunately, our society is not colorblind, so without parents mediating and explaining to children what they are seeing, hearing, and experiencing, children are pretty much left to their own devices to figure everything out……….

It is vitally important that parents have more explicit conversations with their children–focusing on diversity, equality, respect, and importance across all racial groups–as well as teach them media literacy skills. Teaching them to critically evaluate what they see on television (or video games, computers, etc.) and make them realize that the world of television is not necessarily representative of the real world. 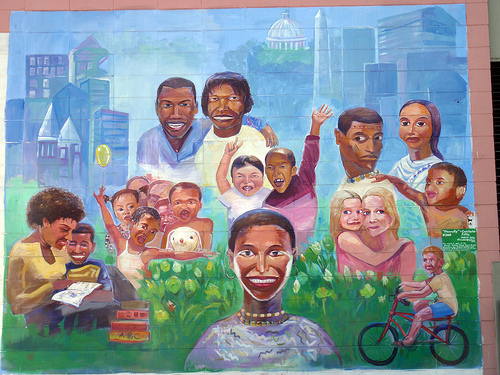 Another problem is even if you live in a diverse neighbourhood often we believe the immersion will do the talking for us. Maybe for you it is a diverse school, church  or club. They will be exposed to racial conversations because of a cultural holiday like Martin Luther King day or month long celebration Asian heritage month. Not necessarily so.

Race is a complex issue with no one way forward. As a parent though I need to see how I am contributing to their racial knowledge. How am I  challenging and encouraging? When do I need to remain silent and speak up?

I hope this post has done more than stir up negative emotions. I hope it encourages discussion and helps us all to look at ourselves. What can we do next?

What book have your read or seen that shares a diverse character or characters? Let’s share our favourite diversity books in the comments