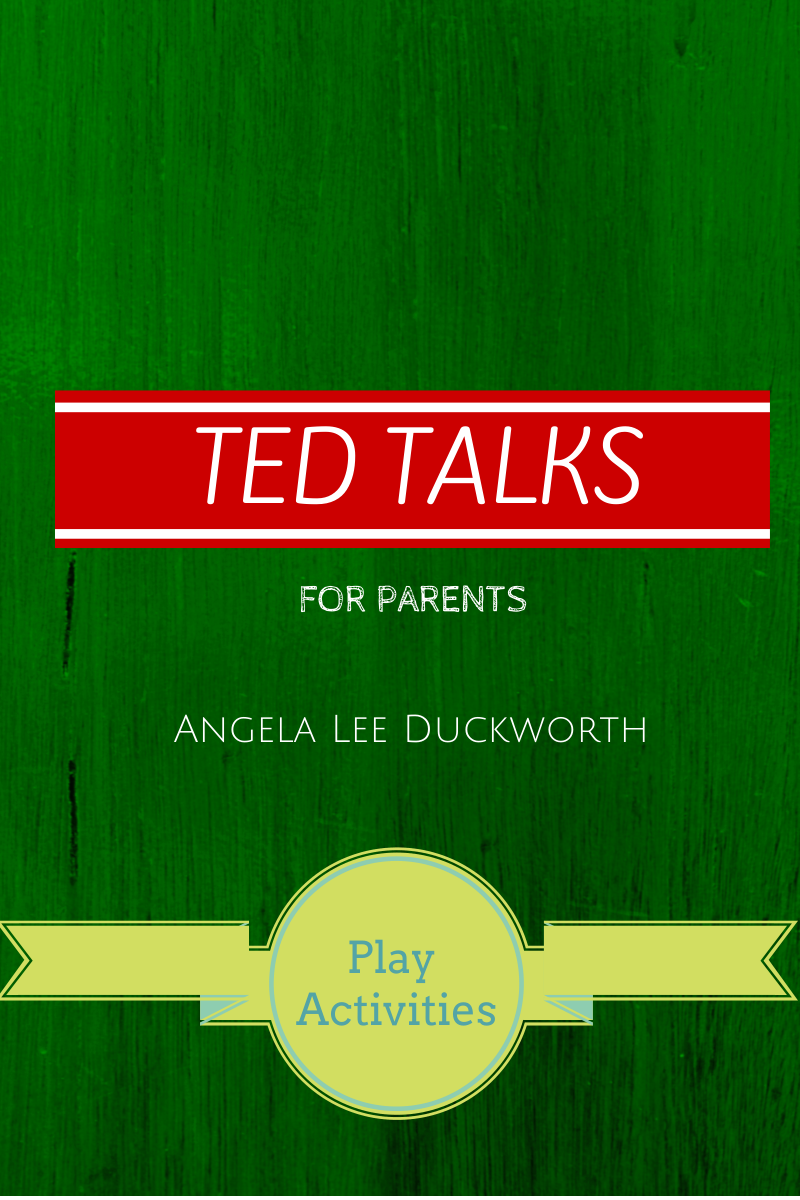 We want our children to have good character, succeed and have the staying power to keep going. We want them to have grit. The hard thing is trying to do these things without becoming the overbearing and pushy parent.

Angela Lee Duckworth’s TED Talk about Grit really struck a chord. She raises the issue and starts the conversation around staying power and success. Sometimes we have things around backwards because we’ve picked it up from popular media or sweeping generalizations. I especially love the comment that- well doing it this way never was a problem for me. I turned out okay!

This talk challenges us to think differently and so does the work that Carol Dwek has done on Praise and the impact it has on our young children setting them up for failure if we stick to certain scripts.

As you would expect there’s not one answer to character building and teaching grit. This makes it hard for us to pick up that book, article or paper- read it and do it. In our time pressed family lives we want action. How are we going to move ourselves forward? How are we moving our kids forward? It goes on that lofty to do list of ” I’ll get to it” but we don’t often do.

What can we do to start sharing and showing the character traits we want and see grit in action with our kids?

2. Find better scripts. Sometimes we get the reaction we deserve because we don’t think of the impact of our words. I’m guilty. We’re tired or pushed for time. Things are said in the heat of the moment. When our children are not sharing. When our children need to resolve an argument or having a temper tantrum. We can add fuel to the fire. We can get the same response we had the last time or we can try something different. Taking time at a different time to learn some new scripts for dealing with common problems will help. Yes they feel forced and wooden but you learn to adapt, tweak and make them your own.

3. Help the kids from when they are young learn about Growth Mindset. ” belief that the ability to learn is not fixed, that it can change with your effort. Dr. Dweck has shown that when kids read and learn about the brain and how it changes and grows in response to challenge, they’re much more likely to persevere when they fail, because they don’t believe that failure is a permanent condition.” TED talk- Angela Lee Duckworth’s TED Talk The key to success grit.

4. Spend time focusing on what we want to see happen in our families. Point out good examples in books, real life examples. Catch them doing good. Often we spend a lot of time talking about why did they do something……they don’t know they just did. Lots of hot air. We’d be better off most times talking about what we’d like to see then they can try and do it.

I have much to learn about grit and working on character. Each of our families throws up new challenges. Getting the fundatmentals right matters though and starting the journey with coneversation and information helps.

True Grit: The Best Measure of Success and How to Teach It

The KIPP framework for excellent teaching has some hidden gems for parents,. Download the pdf at the bottom of the page

Example of failure and way to deal with it

After you’ve had a watch let me know what’s your favourite TED talk. I’ll be adding a few more. If you can’t wait then check out the TED talk board on Pinterest.